We will be missing open-air celebrations of May Day this year. There will be few Russians on the Red Square for the variety of causes which May 1st has come to mark since the collapse of the Soviet regime. The tradition of having mass anti-austerity, anti-capitalist, anti-government, and decolonial protests on May 1st that burgeoned across the world after the 2008 financial crash is also, for now, on hold. 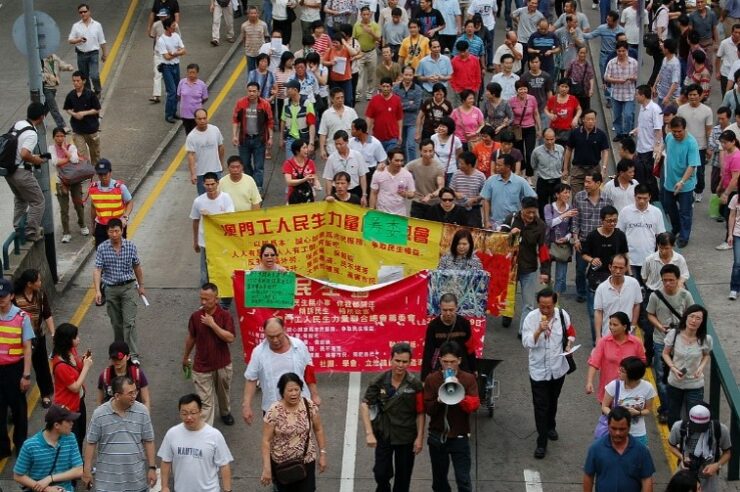 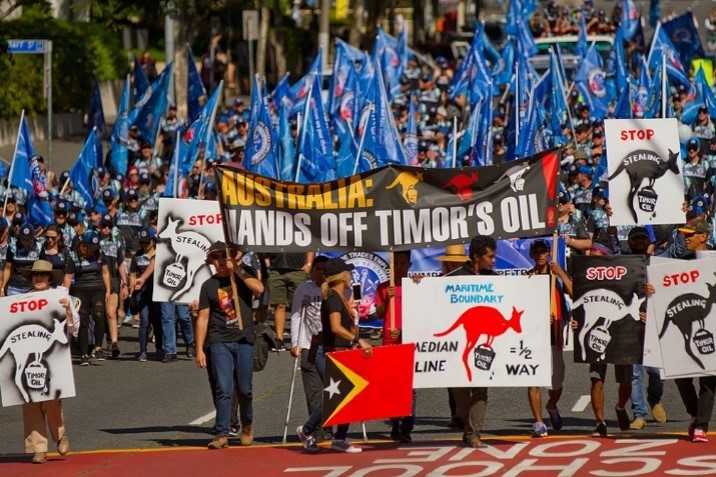 Here in the Netherlands this rupture in 120 years of tradition will hardly be noticed. Switzerland and the Netherlands are the only European countries where International Workers’ Day is not observed, despite union initiatives to get it on the agenda. My mother’s memories of singing the left-wing anthem the Internationale under the direction of a spirited primary school teacher, however, speak to a past in which international worker solidarity was much more important in the collective consciousness.

May Day, and its tradition of marches and mass events, has been a cornerstone of radical politics. But what about the collective of “workers” across borders who are called on annually to honour a shared past? Is “worker” a descriptor, or is it also a political identity? Using two digital tools, Google Ngram and ShiCo, I will briefly explore how the historical meaning and cultural connotation of the “worker” has evolved with the times.

Google Ngram is an interface that shows the relative frequency of words and phrases across time, by searching thousands of books and other publications. Take a look at the differences in how American and British writers have discussed working people in their countries over the last two centuries:

In Britain, around 1907 “worker” starts to be preferred over “labourer”, as the Industrial Revolution keeps exerting its influence. It is not until 2000 that the term “employee”, with its connotations of the service economy, comes to overtake “worker”. Undoubtedly, both socio-economic and cultural changes affected these changes in vocabulary. Peaks in usage alert us to the political resonance of these words: workers were more spoken of in some years than in others. Did writers increasingly call on workers to ramp up their efforts during the war years (1914-1918 and 1939-1945)? Could Margaret Thatcher’s aggressive policies towards unions, from 1975 onwards, have anything to do with an all-time high in discourse around workers at that time?

The term “worker” is not a neutral descriptor of a person who works. Looking at America, writers have consistently preferred to speak of “employees” rather than of workers, even in the early 1800s. The Oxford English Dictionary traces “employee” back to the early nineteenth century and informs us that it refers especially to salaried workers under an employment contract. The egalitarian and individualistic connotations of labour governed by contract, rather than old-world power differentials, tempt one to speculate about an American spirit governing this difference. What is clear, at the least, is that the cultural differences are pronounced.

We encounter yet more striking differences when we look at discussions of the “working class”.

In both America and Britain, the 1990s bring the curious phenomenon that “working-class” issues are discussed more often than the “working class” itself. In both cases, too, the working class and their concerns begin to be markedly more discussed around 2010: could this renewed political consciousness have something to do with the waves of anti-austerity protests and the Occupy movement? Or does it perhaps reflect the erosion of workers’ rights in the gig economy?

What is more striking, though, is the difference in use of that Marxist-tinged, Continental European loanword for the working class: the “proletariat” (the OED tells us it entered English in 1847). An incongruity at first sight: in Britain, “working class” is generally more used than “proletariat”, and “working-class” far outstrips “proletarian”. In America, though, “proletariat” is more often used in the fifty-year period between 1916 and 1960. Moreover, “proletarian” is more used than “working-class” up to the 1980s (as a Reaganite blue-collar optimism, or alternatively, disillusionment with collective action swept the country?).

But who were these workers and proletarians that writers described and called on? Are they the same now as they were a hundred years ago? What did the general public associate them with? ShiCo, or Shifting Concepts, might be able to provide some insight into these questions. ShiCo was developed by Dutch universities and the Netherlands eScience Center, to study how word usage shifts over time. It shows you which words were used as synonyms, and which were often mentioned together. This tool reveals much about who were regarded as “workers” in Britain over the last century. Let us investigate the meaning of “workers” in two British newspapers, the progressive Guardian and the conservative Times.

The myriad of jobs that move in and out of view is striking. By 1928, motormen, joiners and stevedores have replaced journeymen and hauliers as primary referents of “workers” in these newspapers. By 1992, these are in turn replaced by busmen, dustmen, signalmen, pitmen, and steelworkers. In The Guardian, that is: The Times now writes of accountants, controllers, temporaries and managers—a divergence of interest that reflects the different readerships and political orientation of the two papers.

What is also striking is the persistent masculine association of “workers”. Though in The Times, in the 1980s typists and secretaries enter the discussion, on the whole “workers” is associated with the brawn of the nation: electricians, dockers, miners, and railwaymen. This traditional masculine association of labour is maintained in the iconography of International Workers’ Day. As Google Image reveals, the strong, raised fist remains a symbol of choice for the workers’ movement, as do assortments of wrenches, hammers, and hardhats.

It is worth noting the political significance of this gendered pattern. Newspapers primarily identify “workers” with those occupations that could, and did, strike to great effect: those working in vital resources (miners, steelworkers), and in transport (dockers). Those performing reproductive and household labour have, as yet, few equivalents for such disruptive collective action.

Evidently, these newspapers often discussed workers in the context of their political demands. Besides the revelation that “workers” mostly populate mines and harbours, references to their strikes and political organization abound in the newspapers. Workers are associated with their “unions” and “federations”; it is newsworthy if they are “nonunionist” or “unorganized”; and the reporting often concerns their “strikes”, “stoppages”, “pickets”, “lockouts”, and “strikebreaking”.

Our searches in Google Ngram have shown us the cultural significance of the term “workers” and have revealed the long pre-eminence of the “proletarian” in the US. Looking at the associations of “workers” in The Times and The Guardian, it quickly becomes clear that, to these newspapers, “workers” are those who do, or might, strike. The call for solidarity among the workers of the world, then, seems to have a clear addressee.

Whomever you feel solidarity with on May 1st: Happy International Workers’ Day.